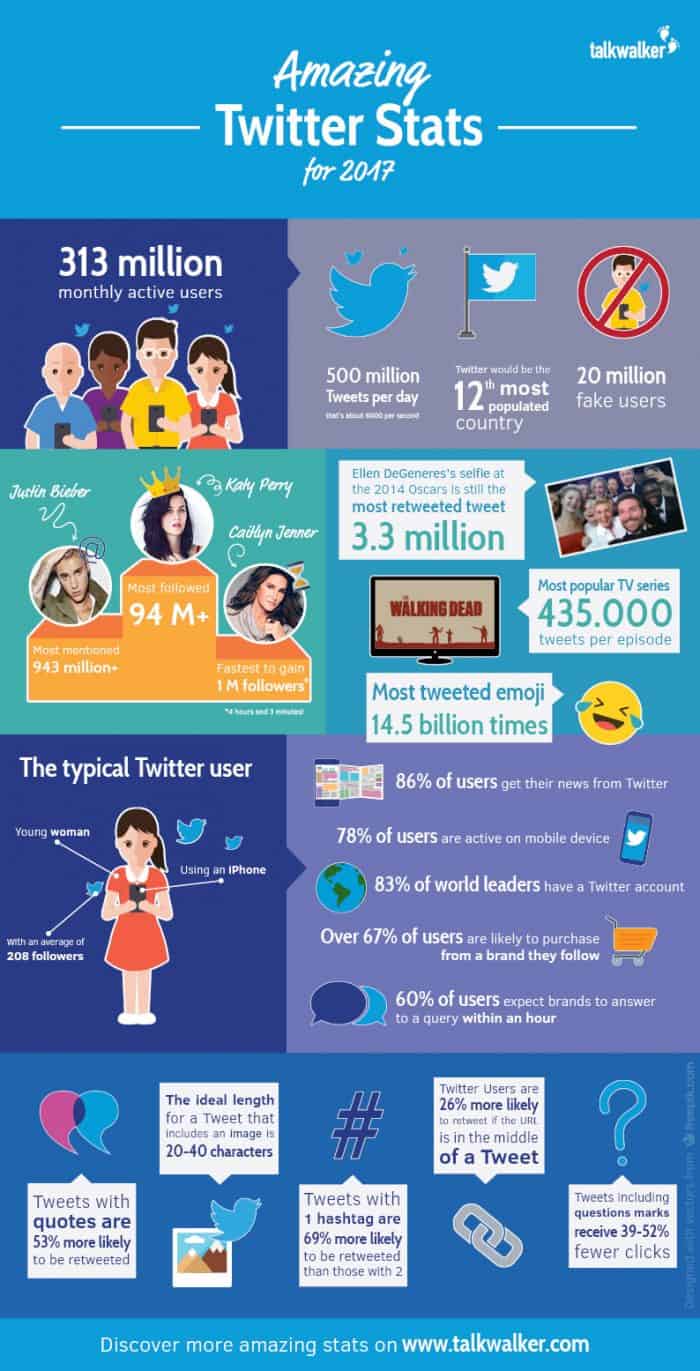 Twitter has come a long way since its inception. Who would have guessed that the blue bird platform, which limits your sentences to 140 characters would become one of the leaders in social media space? God knows, I didn’t. I still have trouble getting used to the phrase “tweeting”. But then again, I also still have to lookup words in the urban dictionary constantly.

From getting important news across the globe to sharing a funny picture, Twitter has made a name for itself, despite having that limiting 140-characters rule. Over 500 million tweets are sent out each day and there are more than 310 million active users each month, for all kinds of purposes. I think the US population stands at around 320 million, for frame of reference.

In today’s infographic you can find the number of fake profiles, the most retweeted tweet, and the most tweeted emoji.If you’d like to get more retweets, put a url or quote in the middle of the tweet.  86% of users get their news from Twitter.  These numbers can back up your current digital strategy, or help you on trivia night.