Left-Handedness In The U.S. Is On The Rise 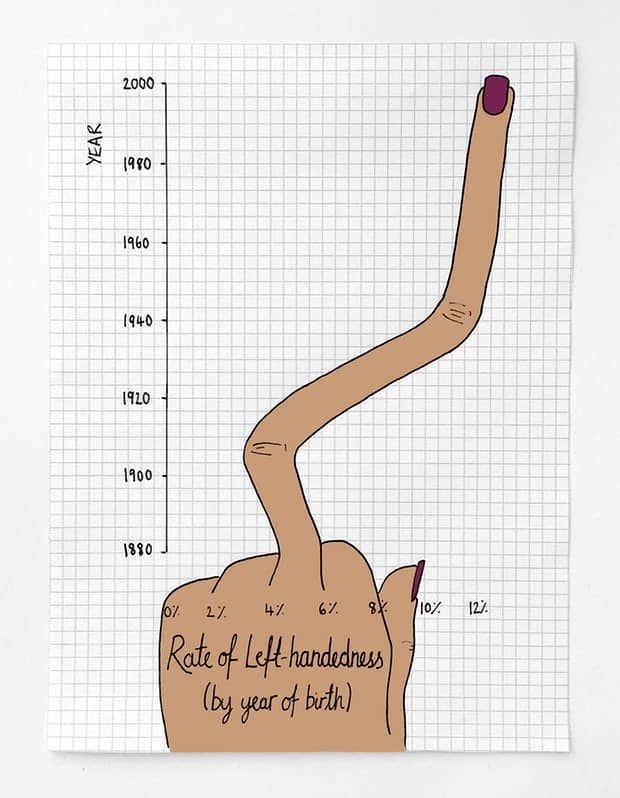 Apparently, only 12 percent of the U.S. is left-handed, but that number sounds low. What if the rest are just hiding to avoid the stigma of being left-handed?And yes, the stigma still exists. If you’re a lefty, you can attest to the snickers you received from classmates after smudging ink or lead on your hand.

Why is this, you ask? We don’t have an answer, but we can guess that lefties face scrutiny because there aren’t as many of them. The good news is that left-handedness has been on the rise since the 1800s, so lefties aren’t as isolated as they once were. It used to be a big point of contention though, so as children, some left-handers were forced to switch to using their right hand until it eventually became the dominant one.

Yet another classic tale of how some narrow-minded people like to stamp out difference, whether intentionally or unintentionally. Therefore, I am not convinced that only 12 percent of the U.S. population is left-handed. If anything, it’s possible that there are hoards of fake right-handers out there keeping their identity a secret. Raise your left hand if you agree. And see if you knew about these left-handed facts.