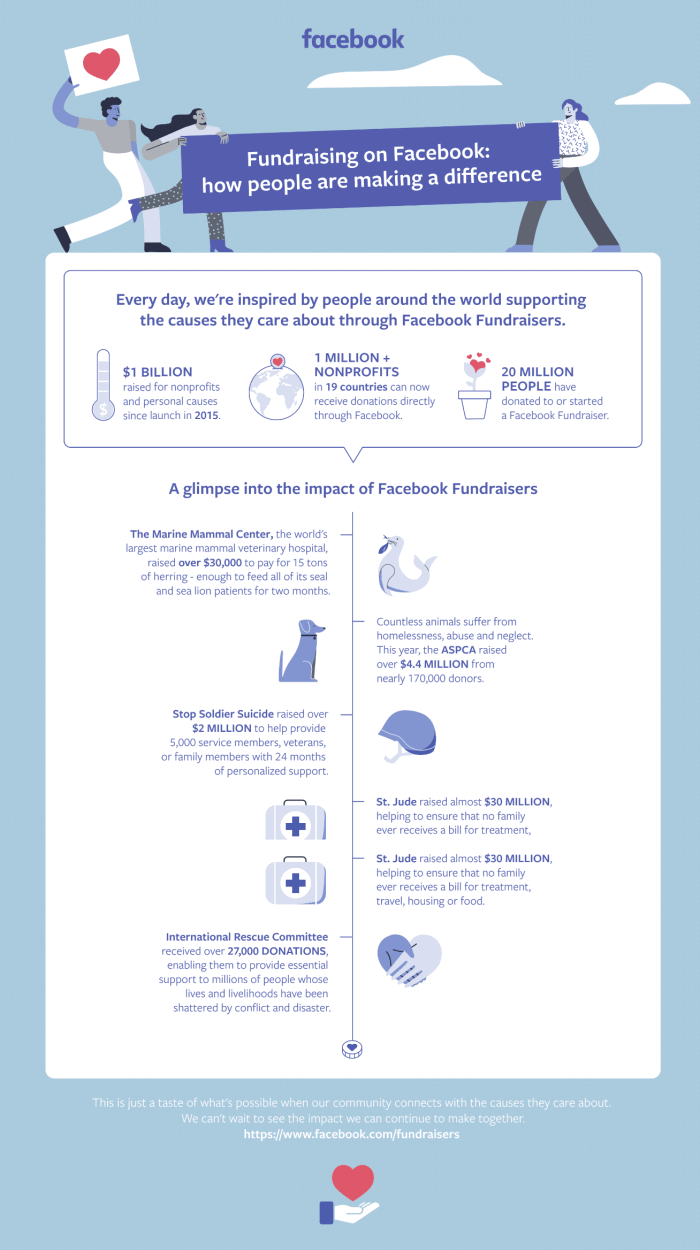 Are you wary of sharing your data on Facebook? You’re not alone. However, Facebook fundraisers continue to experience success regardless of the ongoing controversies and data breaches.

People dislike giving away their data. They are concerned about the lack of transparency as to how that data gets shared, or the social media giant’s slow response to extremism or fake news. Perhaps Facebook is addictive. More than 20 million people have donated or started a Facebook fundraiser—proving that giving online is alive and well.

It makes sense that as people’s lives and social connections are increasingly digitized, so is their charitable giving. Phone calls and mailers may still be effective ways for nonprofits to reach older people, but when it came to getting young people to give, social media is where it’s at.

Facebook Fundraisers launched in 2015. The statistics are slightly staggering. Since 2015, the feature has raised $1 billion for nonprofits and personal causes, and over a million nonprofits in 19 countries can now receive donations through Facebook.

It makes sense for people who want to give back to their community to, well, form an online community and share the causes near and dear to their hearts. Whether it’s St. Jude ($30 million raised), the ASPCA ($4.4 million raised), or the Marine Mammal Center (over $30,000 raised), Facebook has made it easy to put your money where your mouth is, while making sure your friends follow along.