Learn More About The Men & Women Who’ve Gone To Space 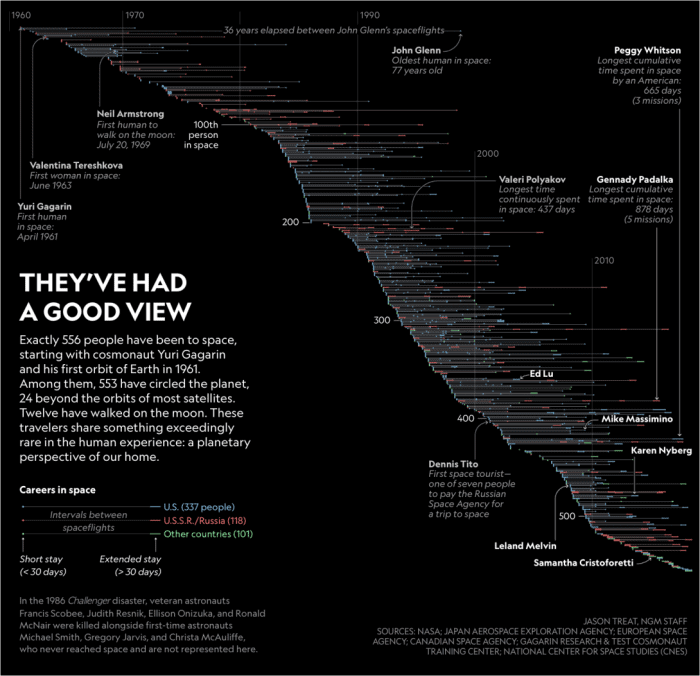 Space: the final frontier. From the great space race between the USSR and the United States to Elon Musk’s SpaceX program, we have always been fascinated with what lies beyond our atmosphere.

Since the first spaceflight in 1961, we’ve put 556 people in space. In today’s infographic, we will explore the flights of these 556 space explorers as well as some notable achievements in the history of space travel. USSR’s Yuri Gagarin was the first man sent into space in 1961. Two years later in 1963, Valentina Tereshkova, also from the USSR, was the first woman to go into space.

Though the USSR beat the United States to space, it would be an American who first stepped foot on the moon. On July 20, 1969, Neil Armstrong became the first person to ever walk on the moon. “One small step for man, one giant leap for mankind.” Armstrong is one of 12 people who has walked the moon.

In a galaxy far far away, space travel is much more technologically advanced, and interplanetary travel is a piece of cake. Wars are even fought in space! To learn about the ships of the Star Wars universe, check out our link here.