WHY ARE WE SO FAT 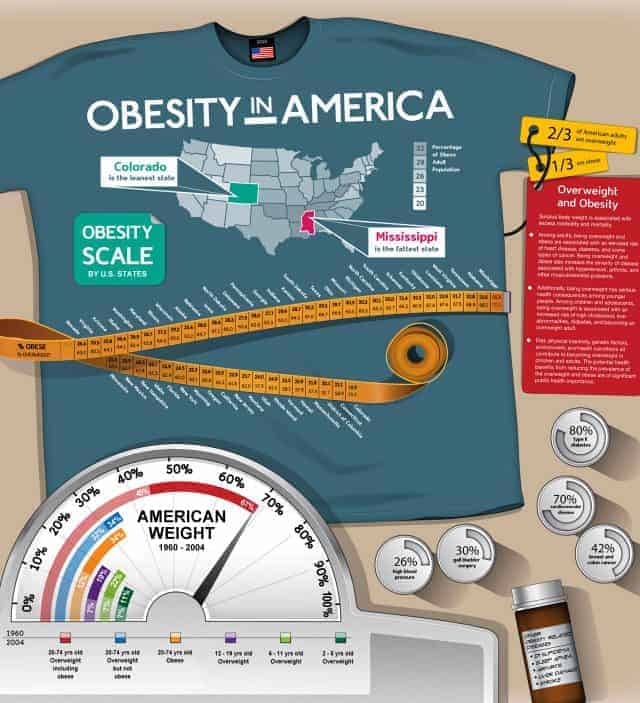 Today’s infographic takes a look into one of the American people’s worst addictions: obesity.

Everyone knows that obesity in the United States has become one of the nation’s worst cultural developments in the past few decades, but for all of the movements being made to encourage healthier living there are still places in the country that just blatantly ignore these concerns. Whether it’s because people are tired of hearing about obesity, or if they’re just down right lazy, facts are facts: 67% of the United States population can be categorized as either obese or overweight, a disgusting figure to come to terms with. Even worse, 70.2% of the population of Mississippi (our nation’s fattest state) can be categorized as overweight; that’s almost three quarters of all the people living in Mississippi!

Furthermore, the United States’ “leanest” state in terms of obesity is Colorado, weighing in with an overweight population of 55%. That’s horrific! Over half of the people living in our country’s healthiest state are overweight.

I know that the obesity talk in America has gotten a bit belabored, but all for good reasoning. Obesity is becoming a staple of American culture, along with over-consuming, over-spending, and a lack of environmental awareness: all detestable characteristics for a culture to be known for. Therefore, popularizing self-control among Americans for their own personal health just might inspire Americans to utilize self-control in other aspects of their life that have hurt our reputation as global citizens. [Via]

2/3 of the United States population can be categorized as overweight: something has gone terribly wrong with our culture.
Please follow and like us:

Wes
Author
Wes Maxwell is a currently enrolled senior at Texas State University - San Marcos studying English and history. A driven and impassioned individual, Wes strives to find a fine balance between the u...

Guide To Get In Shape 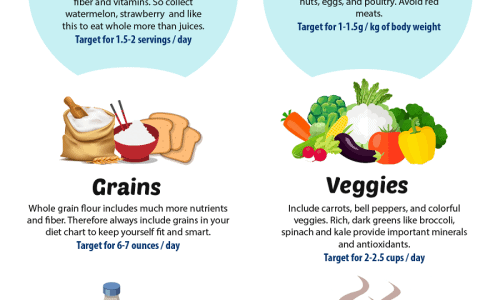 Foods To Eat For A Happy Retirement