Space Taxis, How Do They Work? 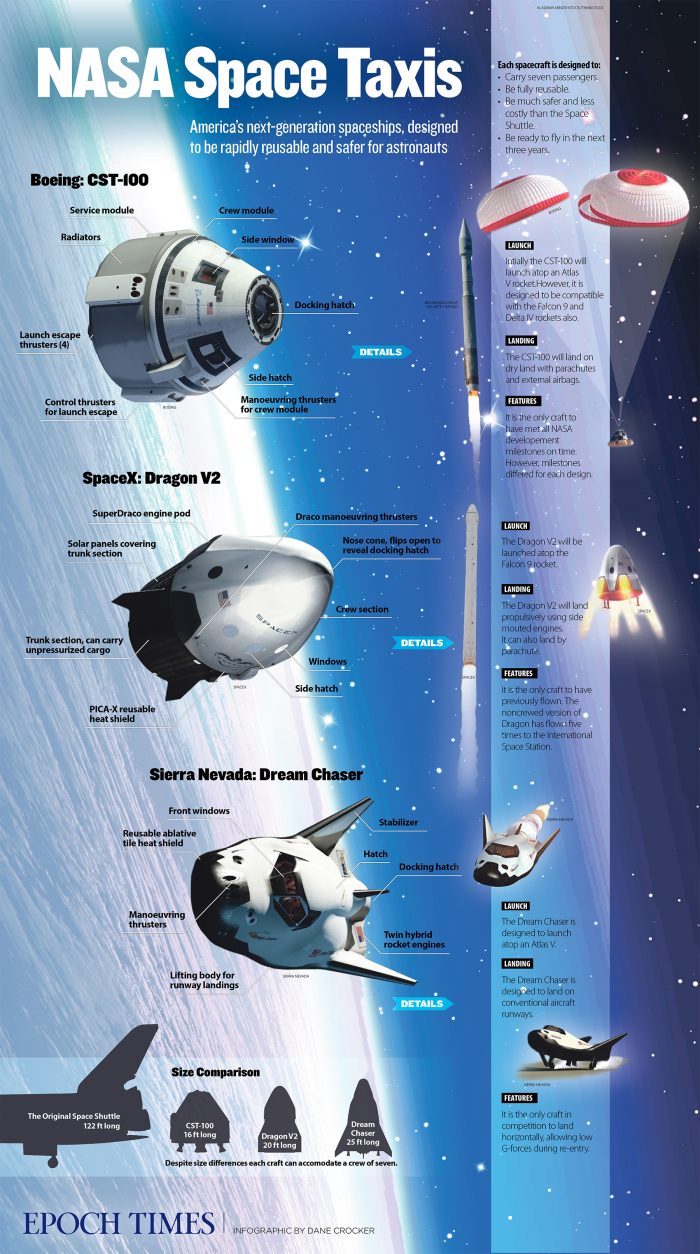 In the last decade, NASA has been making some serious progress with private companies SpaceX and Boeing toward sending astronauts to space from U.S. soil once again.

Since the space shuttle program ended in 2011, NASA has had to pay Russia’s space agency to send Americans into orbit. This has proved costly, to the tune of $81 million per seat in 2018.

NASA is paying SpaceX and Boeing a total of $8 billion to develop new vehicles that can safely transport crews back and forth to the International Space Station (ISS). After years of testing, it seems those efforts will bear fruit later this year, when SpaceX plans its first crewed flight from Cape Canaveral in Florida.

The big difference between these Starliner flights later this year and the missions they flew in space two decades ago is that they are now privately funded.

While the return of human spaceflight to American soil marks a milestone for NASA, it is also a reflection of the agency’s new approach to its future in space.

In fact, SpaceX and Boeing are funded as part of separate programs known as Commercial Crew Transportation Capability (CCtCap) and Commercial Crew Development Round 2 (CCDev), respectively. The two companies have been working with NASA on their spacecraft since 2010. The vehicles are designed not only to transport astronauts but also scientific experiments to low Earth orbit destinations like the International Space Station.

In 2014 Sierra Nevada was awarded a contract through CCDev2 as well but has yet to achieve NASA certification for human spaceflight like SpaceX and Boeing. However NASA officials say they will continue supporting Sierra Nevada in hopes that they too can deliver humans into low Earth orbit in the future.

New space taxis are ready for take off!

The space shuttle is officially retired, and that’s not a bad thing. The space shuttle was always intended as an interim vehicle, just a stepping stone on our way to cheaper, more frequent access to low Earth orbit. We haven’t exactly been lacking for such access during its absence (thanks, Russia!), but it is exciting to be moving into this new era of commercially-provided crew transportation services. And there are some real benefits here: