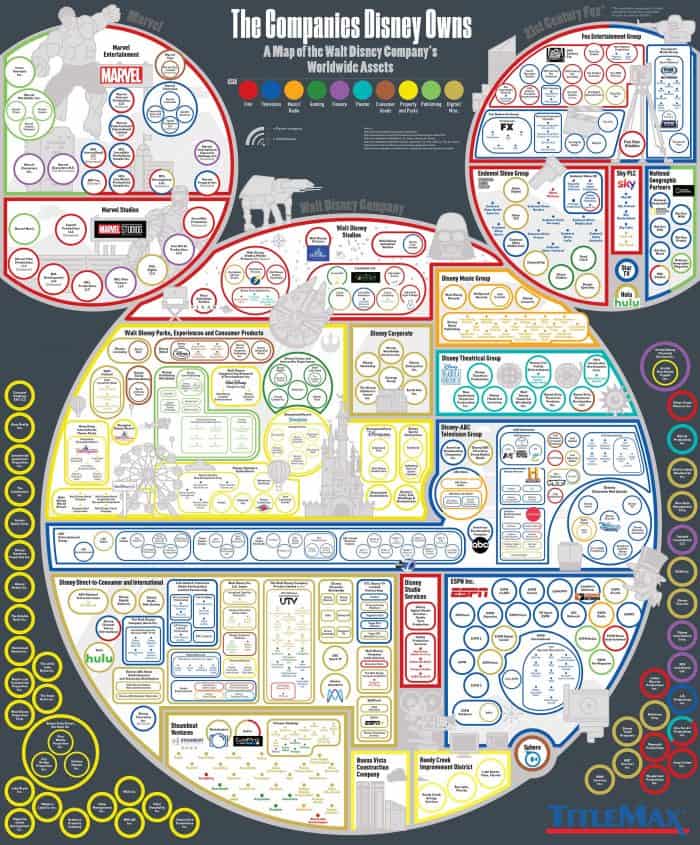 It feels just like yesterday when Disney started recruiting the entire team of Marvel Superheroes, and it sure took everyone by surprise when they bought the entire galaxy far far away from the Star Wars universe.

Although they are still in the process of bringing the X-Men (still owned by Fox) into the fold and sharing custody over Spider-Man with Sony, it’s still incredibly daunting and weird seeing Disney absorb so many different entities into their conglomerate. This is a company we have always envisioned as one of the cutest family-oriented media entities, but it is quickly becoming a powerful mega-corporation with the power to engulf everything it sets its eyes on.

Of course, Disney is not just the friendly neighborhood TV and film company you used to know. It now owns or possesses major assets on entire TV networks and media companies like A&E, ESPN, Hollywood Records, Vice Media, and much more!

Disney is hardly the only company attempting to rule the galaxy, though. Companies like Time Warner and Universal not only are mega conglomerates themselves, but they have a long history of feuding with Disney and each other!

Would Disney be able to assemble all those colorful superheroes under the same roof? Probably not! But you can bet they won’t rest until they have it all in their grasp!