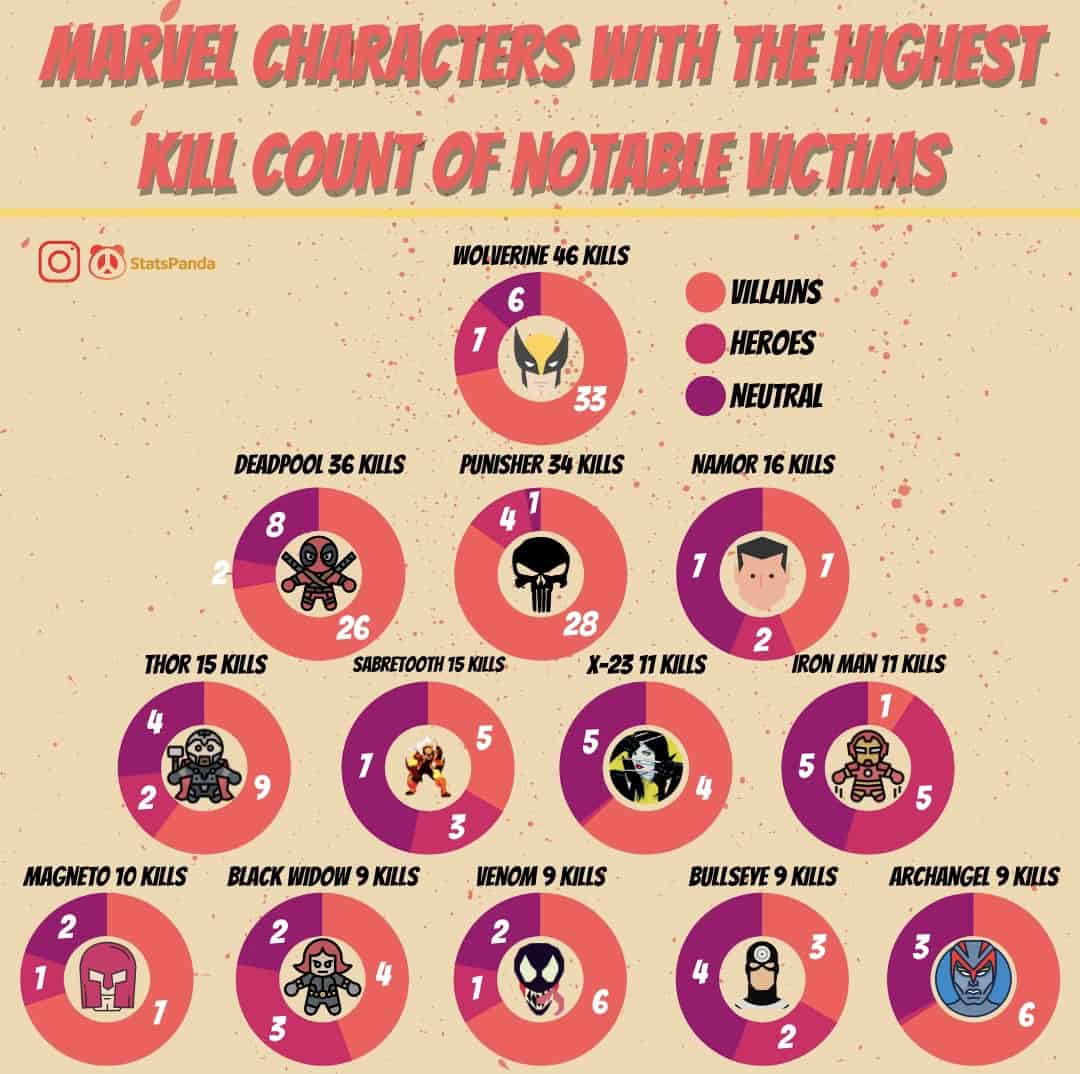 Comic books are pieces of media where the stakes are always high. This is no different for cinematic adaptations of these stories.

In the cinematic adaptations of these grandiose stories, there is more often than not some kind of death occurring. Whether it is the death of a villain, a hero, or a neutral character, there has certainly been some bloodshed in multiple Marvel films.

Taking the crown for the Marvel character with the highest kill count of notable victims is Wolverine. Throughout his time in the X-Men franchise and his solo films, Wolverine has amassed a whopping 46 kills. Seeing how his power is literally making metal claws come out of his hands, it’s really no wonder how he takes the crown. Trailing just behind is the Merc with a Mouth, Deadpool, and the Punisher. They have 36 and 34 kills respectively.

Some other names you may be surprised to see here are two of the Avengers finest, Thor and Iron Man, with 15 and 11 kills apiece. While they are the Earth’s mightiest heroes, sometimes they do what they have to do.

Overall, in a media form like comic book films, you wouldn’t really expect a lot of bloodshed, but this infographic shows otherwise.