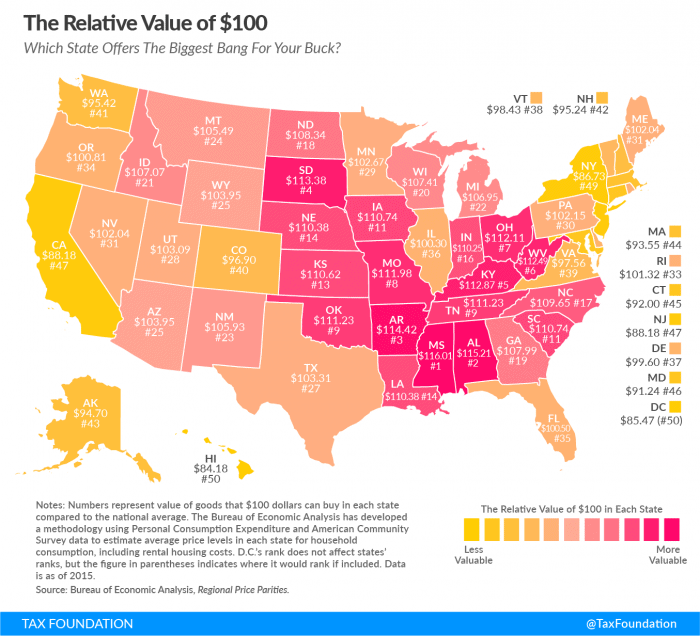 How much is $100 worth to you? If you’re 8 years old and get $10 from your grandma on your birthday, $100 dollars would probably seem like winning the lottery. On the other hand, if you have three kids, $100 is nice, but it won’t change your life. Everyone values money differently, and where you live also determines how far a dollar goes.

New York and California, two of the largest states in the nation, are places where $100 doesn’t go very far, and Hawaii is even worse. If you’ve ever vacationed in Manhattan or Maui, you may have experienced sticker shock. But if a city is considered desirable and people begin to move there, prices will invariably rise. As a result, people pay more rent and companies likely pay higher salaries.

Would you rather live somewhere trendy and have less disposable income, or settle somewhere less glamorous and be able to buy a bigger home? To help you make your decision, look at 30 houses you can buy with $500,000 across the U.S. Beauty really is in the eye of the beholder.