If Web Browsers Were Celebrities 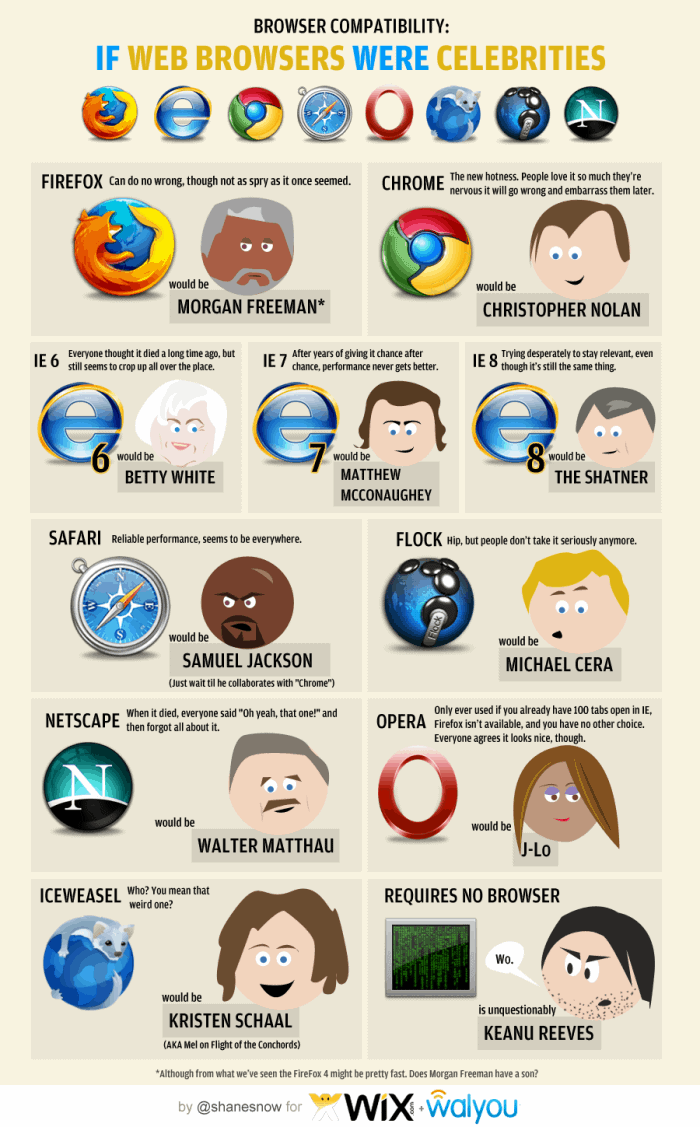 The internet is a beautiful thing and we all access it in a different way, some of us use Google Chrome, some Safari, others Firefox. Not to mention the other, smaller, browsers such as Opera, Flock, and Netscape. Does Netscape even still exist? Once upon a time Mozilla Firefox was considered the cure to Internet Explorer (surprisingly, still the most popular browser), but with Google’s rise and experimentation allowed it to outshine Mozilla. In my opinion Chrome is the best browser, having a very simplistic design with the most window space. Although there are extensions in Firefox and options you can change in other browsers to make them more like Chrome, Google made it the default first.

Today’s infographic If Web Browsers Were Celebrities may not be an educational one it is a fun one. The design is simplistic but attractive with fun content to boot. Although the celebrities don’t have much detail the comparisons seem to be pretty accurate. I especially like the Firefox, Morgan Freeman comparison, it is pretty hard to hate on either of those.

I’ve never really used Opera except for on my phone for a little while nor have I ever used Flock, but their comparisons seem to be relatively good from what I read about them. [via]