The Ultimate Guide to Volcanoes 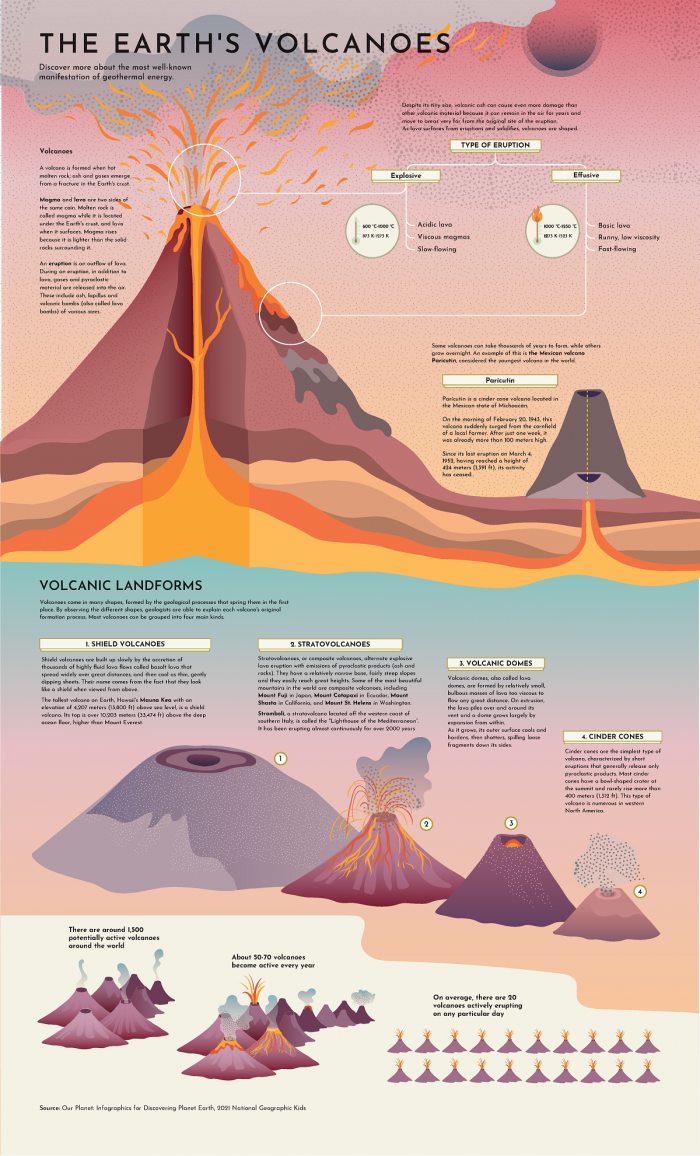 Volcanoes are awesome. They’re one of the most powerful forces in nature, and they can cause massive destruction—but they can also be beautiful and even life-sustaining. In this guide, we’ll go over what volcanoes are, how they work, how to survive them (and how not to), and different types of volcanoes around the world.

Volcanoes are fascinating. They’re often thought of as the fiery home of the gods and the source of much of our planet’s energy. Volcanoes are also important for creating life on Earth, from regulating temperatures to helping us grow food! In this article, we’ll cover everything you ever wanted to know about volcanoes. They are a result of plate tectonics, which involves the shifting and drifting of the Earth’s surface. When magma (hot molten rock) reaches the surface, it can create a wide range of eruptions, from slow lava flows to explosive pyroclastic flows. Depending on their location and environment, volcanoes come in all shapes and sizes: some are active while others are dormant; some exist in the ocean while others exist on land; some erupt frequently while others erupt rarely or not at all.

Volcanoes are essentially mountains that have been created by the eruption of magma from inside the Earth. They are formed when a tectonic plate shifts or moves, causing pressure and friction to build up within it. As this pressure increases, it eventually becomes too much for the plate to contain and it erupts, which causes volcanic activity. This can include lava flows and ash clouds. There are many different types of volcanoes around the world—some are active while others are dormant—but they all have one thing in common: a magma chamber beneath them that contains molten rock called magma. When this magma reaches the surface, it forms a cone shape that forms around its opening called an eruption vent. Because there is so much pressure built up inside these volcanoes, they often erupt with force enough to destroy everything around them; however, some can be safely viewed from afar without fear of danger (like volcanoes on islands like Hawaii).

Volcanoes have influenced the world we live in today and will continue to do so for many years to come.