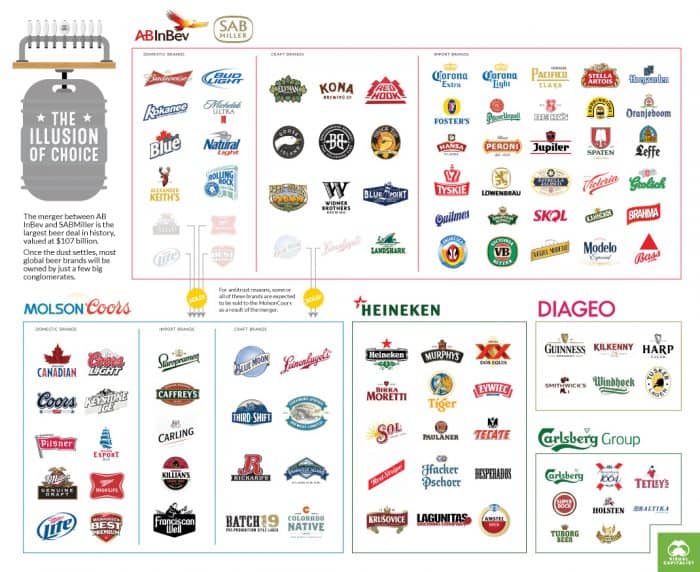 When you go out for a pint with friends, do you go for familiar brand names or try to pick something unique? Turns out it may not matter much: A shocking number of beer brands are owned by the same five companies.

If you’re not familiar with a monopoly, it’s essentially the result of a few brands having market control on an entire industry. Of course, there are craft breweries and local shops that are still thriving, but these multibillion dollar companies own a lot of familiar names. This is actually not dissimilar to the overall food industry.

In October of last year, Anheuser-Busch InBev acquired SABMiller and gained a significant number of brands. Along with Budweiser and Bud Light, the company now owns Kona Brewing, Shock Top and Four Peaks.

There’s nothing wrong with these companies owning so many beer labels, but it is good to know, especially if you assume you’re supporting independent breweries when ordering lesser-known beers.

If you’re looking for more beers to add to your collection, we have the perfect post for you. Learn more about every country’s most popular beer.  This knowledge might even come in handy on beer trivia night.