What Instrument Did Each of The Beatles Play? 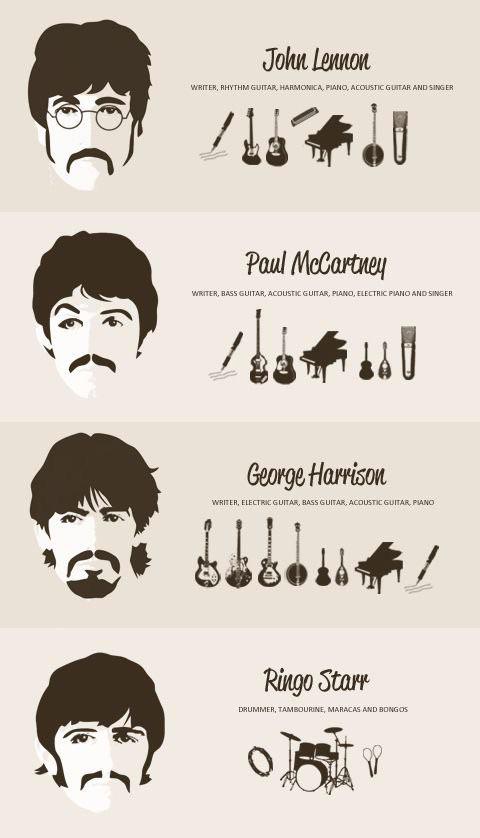 The Beatles are arguably the most famous rock band of all time. The group broke up in 1970 and has since sold over 1 billion albums worldwide. But what instrument did each of the Beatles play? Well, let’s find out!

John Lennon played the acoustic guitar, electric guitar, harmonica, piano, banjo and drums. He also played saxophone on one of his own songs called ‘I’m Only Sleeping’.

Paul McCartney played bass, guitar and drums for the Beatles. He is an accomplished pianist and has been a professional musician since his teens. As a child in Liverpool, he learned how to play piano from his father, who was part of a local jazz band. Paul McCartney wrote many of the Beatles’ songs including “Yesterday” which he wrote when he was 16 years old.

George played the guitar, sitar and harmonica. He also played the bass guitar, but not very well. He played the tambura, which is a type of Indian lute. He played the koto, which is a Japanese stringed instrument that looks like an electric guitar with 13 strings (you can hear him playing it in “Within You Without You”).

Ringo Starr played drums, bongos, maracas and tambourine. He was the only member of the Beatles who did not learn to read music.

The four of them played over 50 instruments between them!

The Beatles were a band that was known for having many instruments in their songs. The four of them played over 50 instruments between them! John Lennon played the guitar, harmonica, piano, violin, and trumpet; Paul McCartney played the bass guitar, drums, piano and saxophone; George Harrison played acoustic guitar (and slide), electric guitar (and slide), sitar and tambura; Ringo Starr drummed on their recordings. So there you have it. When it comes to instruments, The Beatles were the most multi-talented group of musicians ever. They each had their own specialties and preferred instruments but they were all equally skilled at playing every instrument under the sun.