We all know about notable CEOs, CFOs, and UFOs. But what about CDOs? This relatively unique position has gained importance given the constant data breaches and privacy issues major companies have had in the last few years. Want to jumpstart your corporate career? Maybe look into CDOs!
Basically, CDO is short for Chief Data Officer. This designates a worker responsible for the governance and use of data as an asset. To do this, CDOs use data processing, data mining, analysis information trading, and other means. CDOs usually report directly to CEOs, meaning that if you snag the job, you will spend a lot of time with the company leaders.

The whole CDO thing can be confusing, because Chief Digital Officer also shares the same acronym. Nevertheless, while the Chief Data Officer is in charge of major decisions like what data is kept and organized, the Chief digital officer takes care of the information systems through which data is processed and stored.

CDOs gained popularity in companies, mainly banks and insurance companies, after the 2008 crisis to ensure data transparency and quality for both risk management and analytic reporting. Several US Government branches have CDOs, as well as some European banks.

Even though CDOs are far more common in the US than in other latitudes, in 2014 France appointed Henri Verdier as Administrateur General des Données (CDO) of the French administration, making him one of the first country-wide CDOs. If you’re interested in questions like privacy, quality control, and data management, maybe a CDO career is in your future. Check out today’s infographic to know more about data officers around the world.

Retail Innovation: The Quest for the Effortless Shopping Experience 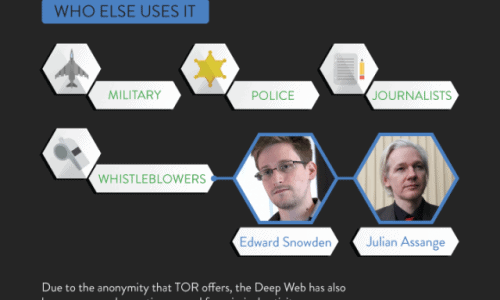 Snowden’s Wet Dream: Everything You Need to Know About the Deep Web