10 Civil Engineering Wonders Of The World

Civil engineering sounds so simple when someone else does it. So, you designed a bridge, big deal. If you think this way, that may be the biggest misconception of your life.

For instance, the tenth item on our list – the Qingdao Haiwan Bridge took more than four years and over 10.000 workers to build. It consists of 450k tons of steel. Furthermore, it can withstand typhoons and earthquakes up to 8.0 on the Richter scale which is a civil engineering miracle. And it’s only tenth item on our list!

Also, the Great Wall of China is called great for a reason. Its construction began in 475 BC to protect China from invading Huns. It’s 5,500 miles long, and no matter what the Internet says – it cannot be seen from space. Since the Chinese and rice go together, it’s important to note that the mortar used to bind the stones of the wall together is made from rice flour.

Finally, the great pyramid in Giza, Egypt has 2.3 million stone blocks, and each block weighs around 2.5 tons. To be honest, if this isn’t a civil engineering miracle, I don’t know what is. However, when it goes wrong, it goes wrong. After you check out the infographic below, learn about the biggest engineering mistakes ever! 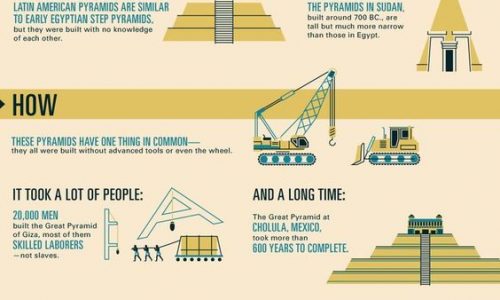 An Expert’s Guide To Design Your Dream Home