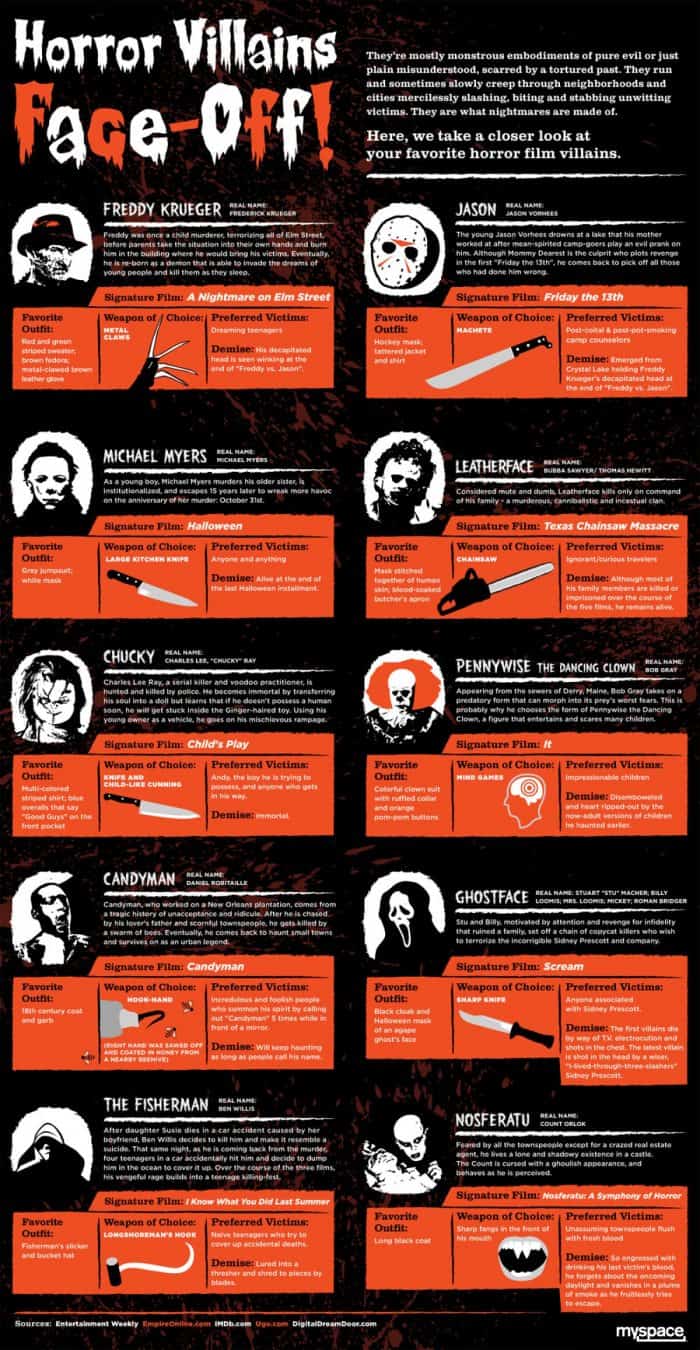 When fixing for a scare, most people will indulge in the delightfully terrifying horror film genre. Today’s infographic displays some of the greatest villains of horror movie fame and what makes them tick.

Long before the cinema was around, people loved getting together to swap scary stories. Then, once the initial depiction of the supernatural on-screen in the late 1800s a historical film genre was born: horror. People have gravitated towards the idea of going to the theater (and more recently, opening their preferred streaming service), grabbing their favorite snack, and catching a horror movie.

The ten villains of today’s graphic come from various points in cinema history, with the oldest villain being Nosferatu who first appeared in 1922(!). It’s interesting to see how horror villains have changed over time to reflect the fears of the audience, but one thing has remained constant the whole time: their ability to scare audiences into sleeping with the lights on.

While this infographic surely does a great job of giving some information on some of the horror film industry’s most memorable legends, this is barely scratching the surface in terms of horror films. I’d strongly encourage you to look around as there are some true hidden gems of the genre. That is if you aren’t too scared…

A Humorous Guide To Surviving A Zombie Movie