Fictional universes are so interesting because they differ from our own, whether it’s drastically different or minimally different. One aspect of these universes that differs from ours is the fictional drugs and substances within them. While some of them are miracle drugs and unlike what we have at our disposal in real life, others are very similar to real-world drugs in terms of the negative effects they have on us.

Today’s infographic takes a look at 37 of the most famous drugs from fiction. As I touched upon previously, the effects of these drugs can vary greatly, from positive to negative.

For instance, take a look at the great Senzu Bean from Dragon Ball Z. This bean is less drug and more food, but regardless, this bean is a mystical one that replenishes health and energy greatly. While healthy foods can have the same effect in real life, this seems like more of a surefire way to improve your health, thus making it a positive substance.

On the flip side of the spectrum is a drug like Zyme from the Deus Ex series. This drug is simply known as a synthetic drug theorized to cause widespread mental illness, thus placing it firmly in the negative substance camp.

The two drugs I covered barely scratch the surface, so read through the rest of today’s infographic to learn more about fictional drugs and substances! 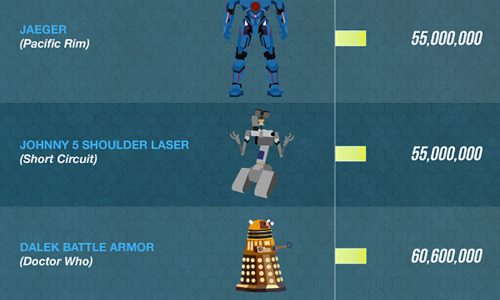