Top 10 Most Costly Car Crashes In The World

In the US, car crashes cost more than $230.6 billion annually. That’s pennies compared to the top 10 most expensive car crashes of all time.

The most costly crash ever occurred in December 2011 in Japan. This luxury vehicle pile up with 14 cars caused $4 million in damage. Included among the twisted metal were 8 Ferraris and 3 Mercedes.

Speeding and reckless driving was the culprit of the accident, which holds true to form, as the Department of Transportation reports that speeding causes 21% of accidents. Drunk driving contributes to 18% of wrecks, and 17% are attributed to distracted driving.

Many of the top ten costly crashes involved only one car, including the 9th most expensive accident, which included a rare, classic Toyota 2000GT and 1 stubborn tree. The tree won to the tune of $1.2 million when the car was destroyed.

In an interesting twist, a dramatic incident in Galveston, TX involved a car purchased for $1 million but insured for $2.2 million just weeks before the crash. When an attempt at faking theft and arson didn’t work, then the driver drove his car into a lake. A YouTube video outed the fraudulent driver.

Needless, to say, traffic accidents cost lives and tons of money. Risky behavior and vehicles worth millions might go hand-in-hand, but the result is always a hefty bill. 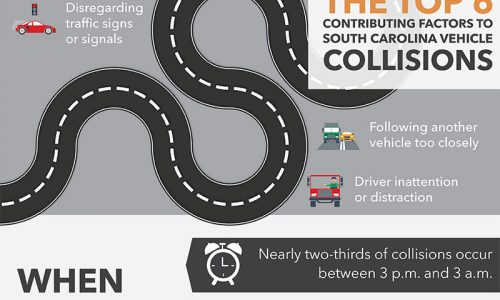 Startling Facts About Fatal Car Accidents In The U.S.