How To Eliminate Passive-Aggressive Behavior at Work (8 Ways) 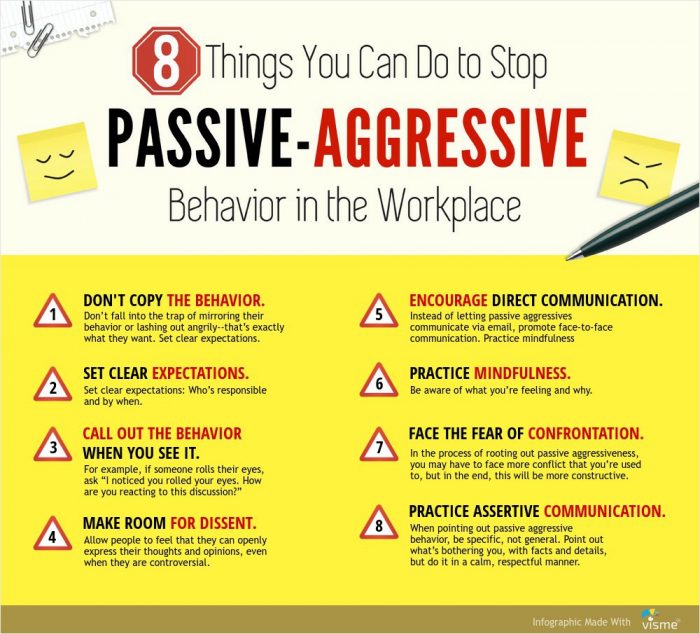 Eliminating passive-aggressive behavior at work is a lot easier than it sounds. Let’s start by defining passive-aggression. It’s not just being shy, or introverted. It’s also not a way of expressing anger in a roundabout way; that’s called being passive-aggressive. Passive-aggression is when someone behaves in a way that seems to comply with what you want, but does it in a way that makes you feel bad about yourself or about the situation. If you can’t tell whether the person who is behaving passive-aggressively is doing so intentionally, you can ask them if they realize they’re doing it and why they think they need to do it. If they agree that they are behaving this way, then it might be worth taking some time to talk about why they’re doing it. You could ask them what they would do instead of acting out their feelings in this way (this will help them figure out how to deal with their emotions).

Passive-aggressive behavior is a common obstacle in the workplace. It can be difficult to recognize and even harder to eliminate. If you’re tired of being passive aggressive at work, it’s time to put an end to this behavior for good! Here are some steps you can take: