Biggest Oil Companies in 2021… I Drink Your Milkshake 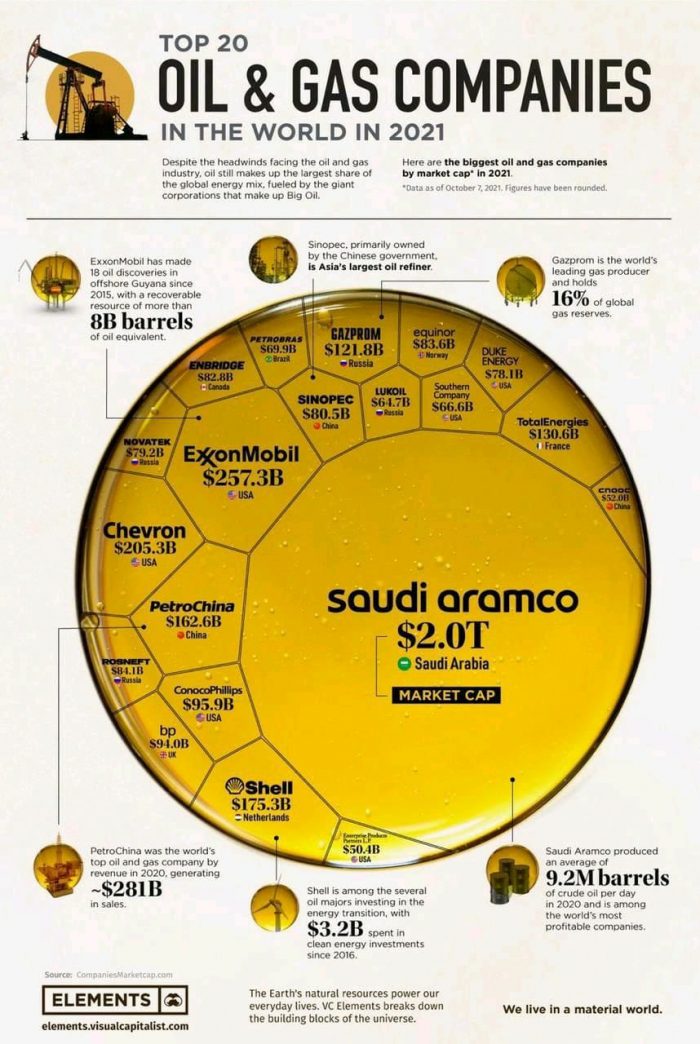 Oil companies have come under fire recently as the world is shifting to more climate friendly energy sources. This infographic shows how big of a factor oil and gas still remains to our daily lives.

While it may not surprise anyone that the largest oil company in the world is located in the Middle East, it may be shocking to find out just how large it is. Saudi Aramco has a market cap of 2 trillion dollars, which makes it the 3rd largest company in the world behind Microsoft and Apple. Saudi Aramco produces 9.2m barrels of crude oil per day. It’s easy to see how this monopoly on energy gives Saudi Arabia significant leverage in geopolitics.

In the United States when you think of “big oil” the companies that come to mind are Exxon Mobil and Chevron. These are the largest producers in the US, but they are only a fraction of the worlds production. Canada and Russia are also big oil producing countries.

While the global energy demands are shifting to cleaner fuel sources, the Middle East once again finds itself in prime position to be a major contributor to global energy. They have a large capacity for solar, wind and hydroelectric energy and have already started to slowly transition.

This infographic puts into perspective the current and future demand of oil. While we are making major strides at migrating to cleaner sources of energy, we are still highly reliant on oil and gas and likely will be for the foreseeable future.