The Story Behind 52 Premature Deaths of Bitcoin

Bitcoin became a part of the mainstream consciousness in 2017, but in 2018, the value of Bitcoin declined and flattened.

Over the course of 2018, the cryptocurrency has seen instability in its value with a price chart that looks more like a heart monitor.

In fact, there have been many peaks and valleys in its value, and often, Bitcoin has trended so low that financial experts have declared it “dead.” Since its inception, there have been more than three hundred Bitcoin obituaries written, with 125 in 2017, and 90 in 2018.

Well, Bitcoin is still standing, and the premature death reports run the gamut, from fakes to hacks to its hard-to-comprehend “virtual” existence. In other words, when you cannot hold something physically, which is the case with Bitcoin, it is hard to gain credibility, even in a world owned by an abstract world wide web.

For example, on June 20, 2011, the price of Bitcoin fell from $17 to nearly nothing when hackers exploited the cryptocurrency’s most popular exchange, Mt.Gox. The bitcoin revolution was not about to take the cake.

While Bitcoin has not met its end just yet and it has even created numerous millionaires, the horror stories exist as well. For the most part, much of the FOMO crowd, who got in late on bitcoin and bought high have lost thousands of dollars as the currency’s value has plunged 75 percent in the last year.

If anything, these stories of premature death signal volatility, so do your homework before getting involved with Bitcoin.

May 1,2021 added by Jackson Sanders Finance 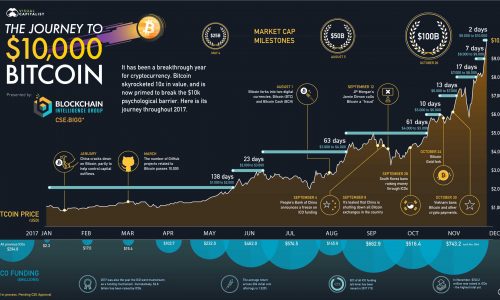 The Fascinating Bitcoin Journey Through $10k 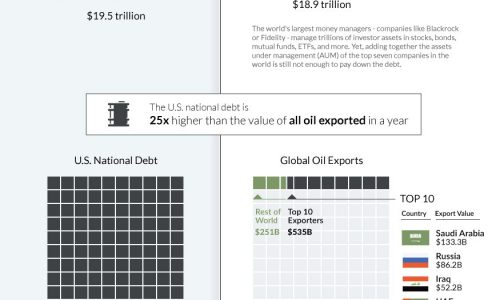 Visualizing The Size Of The U.S. National Debt